Traditional financial markets have undergone rapid technological change due to increased automation and the introduction of new mechanisms. Such changes have brought with them challenging new problems in quantitative trading, many of which invite a machine learning approach. I will briefly survey several algorithmic trading problems, focusing on their novel ML and strategic aspects, including limiting market impact, dealing with censored data, and incorporating risk considerations.

Practical Tips For Algorithmic Trading (Using Machine Learning)
Evgeny Mozgunov from Caltech won an algorithmic trading competition hosted by Quantiacs. Jenia used machine learning tools to write his trading algorithm that now trades an initial $1M investment. He is talking about his approach and his main learnings. Jenia’s algorithm currently has a live Sharpe Ratio of 2.66.
Machine Learning and Pattern Recognition for Algorithmic Forex and Stock Trading
This is a whole course (20 videos) on machine learning and algorithmic trading. In this series, you will be taught how to apply machine learning and pattern recognition principles to the field of stocks and forex. This is especially useful for people interested in quantitative analysis and algo trading. Even if you are not, the series will still be of great use to anyone interested in learning about machine learning and automatic pattern recognition, through a hands-on tutorial series.

The following frontier of the technological arms race in finance is artificial intelligence. Improvements in AI research have triggered massive curiosity about the sector, where some consider a a trading, learning and thinking computer will make even today’s superfast, ultra-complicated investment algorithms appear archaic — and potentially leave human fund managers redundant. Could the next generation’s Buffett be a super-algo?

The quantitative investment world plays down the prospect of machines arguing that human genius still plays an important part, pointing out that the prospect of artificial intelligence that is complete is still distant, and supplanting human fund managers. But the confident swagger of the cash management nerds is unmistakable. There are quasi-AI trading strategies working their magic and the future belongs to them, they predict.

Artificial intelligence and video that is financePlay
The time will come that no human investment manager will manage to defeat the computer.” Or, as Agent Smith put it succinctly in The Matrix: “Never send a human to do a machine’s occupation.”

Yin Luo first learned to code after an used Apple II computer was brought back to China by his dad from a business trip to West Germany in 1985, when he was 11. But there were no games to purchase his home town in Heilongjiang province, in Yichun, so he made a crude variation of Tanks, where the player shoots down randomly created aeroplanes and taught himself to program.
It was arduous work. The computer’s lack of memory meant it crashed the program coding grew not too simple. He’d no floppy discs, so he learnt how to save the info on cassette tapes. “I just really needed something to play with,” Mr Luo recalls.

But the expertise paid off. Now, he is part of a growing tribe of brainiacs on Wall Street investigating the bleeding edge of computer science.

A network of 20 Linux servers is needed to run the hyper-sensible “ adaptive style turning” that was linear model, which is founded on a “machine learning” algorithm.

Machine learning is a branch of AI a diffuse term that is certainly frequently misused or misunderstood. While many people comprehend AI to mean sentient computers like the archvillains SkyNet in the Terminator films or HAL 9000 in 2001: A Space Odyssey, in practice everyday tools including Google’s language translation service, Netflix’s film recommendation engine or Apple’s Siri virtual assistant install basic forms of AI.

It can learn the difference between apples and bananas and sort out them, or perhaps instruct a computer how to play and quickly master a game like Super Mario from scratch. Machine learning can also be unleashed on “unstructured data”, such as for example jumbled amounts but also pictures and videos which can be typically not easy for a computer to comprehend.

More powerful computers mean that it are now able to be applied to financial markets, although the technique is old. “It’s a very bright area,” Mr Luo says. “Artificial intelligence is able to help you find designs an individual would never see. That may give you an enormous advantage.”

But that is not the only advantage of machine learning.

When marketplaces undergo what industry participants call a regime change that is “ ” and trusted strategies no more use, one of the classic challenges for quants is that their models can often prove worthless — or worse. Algorithmic trading strategies that print cash one day can blow the next up.

A machine learning algorithm adjusting to what works in markets that day, will autonomously develop and search for new patterns.
That means they can be used by asset managers as something to develop trade and strategies by itself, or perhaps to enhance their investment process, maybe by screening for patterns undetectable by people.

For Nick Granger, a fund manager at Man AHL, a quant hedge fund, that is the advantage that is critical. “You see it creating intuitive trading strategies in the bottom up, changing styles according to what works,” he says. “ We have been using machine learning for the past few years and have an interest in investing it in more.”

Nonetheless, machine learning has pitfalls. One of the largest challenges for quants is a phenomenon called “overfitting”, when an algorithm that is coded or exceedingly complicated finds false signals or specious correlations in the noise of data. For instance, a blog called “Spurious Correlations” notes that margarine consumption is linked to Nick Cage pictures to swimming pool drownings, and divorce rates in Maine.

When confronted by actual markets even if your model functions well in testing it can fail. Also, new data can be changed by the trading algorithm, says Osman Ali, a quant at Goldman Sachs’ asset management arm. “ you’re not affecting the weather, but if you deal marketplaces they are being affected by you If you crunch weather data.”

Nor can the most complex AI think as creatively as an individual, especially in a crisis. Brad Betts, a former Nasa computer scientist now working at BlackRock’s “ active equity” arm that is scientific, emphasizes the 2009 emergency plane landing on the Hudson river by Chesley Sullenberger of when machine is trumped by man as an example.

Truly, some quants remain sceptical that machine learning — AI or more broadly — is a holy grail for investment. Many see it just as a fresh, sophisticated gizmo to supplement their present toolkit, but others claim it truly is mainly a case of intelligent marketing rather than something genuinely ground-breaking.

They do’t constantly work, although “People are always desperate to find new ways to earn money in financial markets. He points out the human brain is uniquely adept at pattern recognition, “whether it really is love, a triangle or a face. Investment management is totally amenable to being addressed by computers designed to see patterns, but I’m not going to rush to use the latest hot algo to do so.” 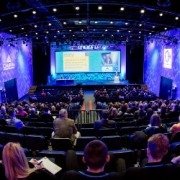 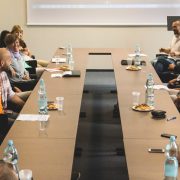 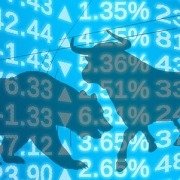 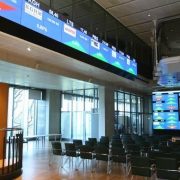 Some random thoughts on algorithmic trading