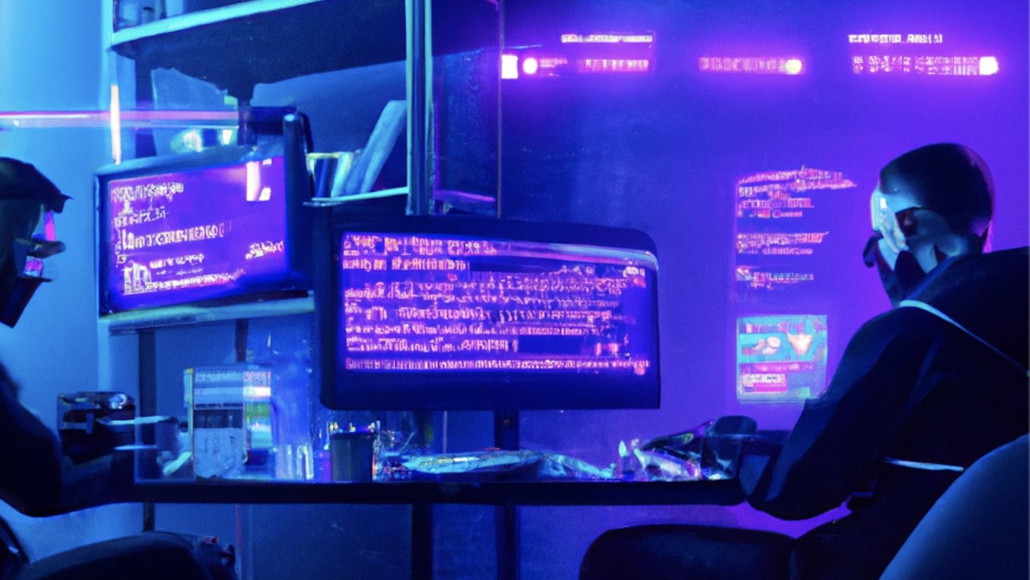 Smart contract platforms – most promising projects to keep an eye on

The Smart Contract Platform sector is the second-largest sector of digital asset and crypto projects according to DACS, a classification system by CoinDesk Indices, representing 33.1% of the whole digital asset market. 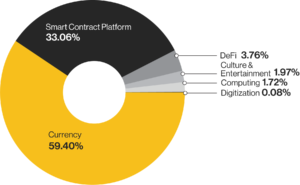 There are many promising smart contract platforms currently being developed, and it is really difficult today to predict which ones will be winning in the future.

It is worth noting that the cryptocurrency and blockchain industry is highly dynamic, and new platforms and technologies are constantly being developed. In this article, we will focus on a bit smaller but very promising smart contract platforms, that might be gaining the attention of DeFi builders in 2023.

At Empirica we are keen to see which platforms and their native tokens will become the leaders in their category in the near future. We are already cooperating with some smart contract platform projects helping them build their markets on cryptocurrency exchanges.

What is a smart contract?

A smart contract is a self-executing mechanism with the terms of the agreement being directly written into lines of a software program. The code and the agreements contained therein exist on the blockchain network. Smart contracts allow for the automation of contract execution, as well as the reduction of the need for intermediaries, such as lawyers or notaries.

What is a smart contract platform?

A smart contract platform is a framework for building decentralized applications. It enables the creation, execution, and management of smart contracts.

How do smart contract platforms differ from each other?

There are multiple things you should consider when comparing available platforms that support smart contracts:

So why are there so many smart contract platforms available?

There are many interesting projects being built at the moment. You can check some top smart contract platforms, as well as smaller projects on Coingecko, listing more than 100 projects in that category.

As more and more people become aware of the benefits of decentralized systems, the demand for decentralized apps is growing constantly.

Most probably there will be more than one successful platform in the market, as different platforms are designed to meet the needs of different types of applications and use cases.

It is possible that the smart contract platforms that are successful in the future will serve as the foundation for the digital economy, as they will likely have a large number of decentralized applications built on top of them and a significant user base.

See also  How to build a token utility?

What smart contract platform projects should one keep an eye on in 2023?

In our research we’re looking at both Layer 1 and Layer 2 solutions.

In general, a layer 1 platform is a blockchain or smart contract platform that provides a foundation for building decentralized applications (DApps) and decentralized autonomous organizations (DAOs). It is responsible for maintaining the security and integrity of the network, and it typically provides basic functionality such as consensus, data storage, and smart contract execution.

So layer 1 platforms address the most important distributed ledger challenges (like scalability, throughput, security, decentralization) in their base blockchain.

A layer 2 platform, on the other hand, is a platform that is built on top of a layer 1 platform and provides additional functionalities.

Layer 2 platforms are often designed to address specific challenges or needs that are not addressed by the underlying layer 1 platform, such as scalability, privacy, or interoperability.

Another classification would be single-chain vs multi-chain platforms.

Single-chain platform group includes layer 1 blockchain in which all transactions are recorded on the primary distributed ledger. Single chain allows for layer 2 scaling solutions that remain tied to the primary blockchain for transactional competency.

The vast majority of platforms today are single-chain solutions.

What smart contract platforms we are looking at?

We have chosen 4 projects we believe will be gaining attention of DeFi buiders in 2023.

Radix is a layer 1 protocol for building & scaling DeFi applications.

It is a decentralized network that is trying to remove the barriers limiting the expansion of DeFi by building a layer-1 protocol that can directly address the needs of DeFi on a global scale.

According to Radix, decentralized finance applications that are currently built on layer 1 protocols are not fit well for the purpose, which leads to congestion, hacks, and user and developer frustration. Radix addresses these problems by introducing a scalable, secure-by-design, and composable platform with a DeFi-centric execution environment. The project has developed their own smart contract language Scrypto (asset-oriented), which is based on Rust.

What Is an XRD token?

The native token of Radix, XRD is used for staking as part of Radix’s Delegated Proof of Stake system, and it is also used to pay transaction fees, which are burnt. At the moment of writing XRD is ranked #93 on CoinGecko.

Zilliqa is a layer 1 blockchain that is built for fast transactions through sharding. It is a decentralized, single-chain, open-source smart contract platform. The platform is designed to be scalable and secure, with the goal of enabling the creation of high-throughput decentralized applications (DApps) and decentralized autonomous organizations (DAOs). Zilliqa utilizes a proof of work (PoW) consensus mechanism and a programming language called Scilla for smart contract development (designed to be more secure and easier to use than other smart contract languages). Zilliqa has partnerships with several companies and organizations in the blockchain and financial sectors, and it has been used to launch a number of decentralized applications in areas such as gaming, advertising, and finance.

There are currently over 250 projects building on top of Zilliqa, including gaming, DeFi, and metaverse applications.

What Is a ZIL token?

The native token of Zilliqa, ZIL is used to pay for transaction processing and to have smart contracts executed. At the moment of writing ZIL is ranked #99 on CoinGecko.

It is a multi-chain smart contract platform that supports multiple blockchains and virtual machines. Astar Network connects the Polkadot ecosystem to Ethereum, Cosmos, and all major layer 1 blockchains. Astar Network supports dApps using both EVM and WASM virtual machines. Smart contract developers can use various programming languages (Ethereum smart contract languages). It is a scalable platform used by dApp developers to lower costs and improve interoperability, including via the use of layer 2 features such as Plasma and zero-knowledge rollups. Astar also features cross-chain interoperability underpinned by Polkadot. The platform uses a nominated proof of stake (NPoS) consensus mechanism.

On the Astar Network, users can delegate their tokens to developers, and both parties earn rewards. A developer delegated lots of tokens is highly rewarded and encouraged to continue building in their direction.

There are currently over 70 projects building on top of Astar Network.

What Is an ASTR token?

The native token of Astar Network, ASTR is used for governance and staking. At the moment of writing ASTR is ranked #162 on CoinGecko.

It can deliver faster transaction confirmations and shorter staking withdrawal times than comparable projects. In addition to smart contract use cases, Boba Network can even be utilized for non-fungible token (NFT) transfers, Web3 projects, and numerous other applications within the decentralized finance (DeFi) ecosystem.

There are currently over 30 projects building on top of Boba Network.

What Is a BOBA token?

The native token of BOBA Network, BOBA is used for staking and governance of the Boba DAO, allowing users to guide the network’s future direction. At the moment of writing BOBA is ranked #327 on CoinGecko.

So how do I select a smart contract platform for my decentralized application?

Well, you should consider a couple of factors when planning the development of your project.

Compatibility with your use case

Choose a platform that is well-suited to the needs of your decentralized app. Analyze the programming language, consensus mechanism, scalability, security, and network effect of the platform.

Look at the availability and quality of development resources, such as documentation and libraries, as these can impact the ease of development and maintenance of your DApp.

Look at the strength and maturity of the ecosystem. Check what kind of partnerships they have signed. A strong ecosystem can provide access to a wider range of resources and opportunities for collaboration.

What are the costs associated with using the platform? Analyze the transaction and smart contract execution fees, as well as any costs for infrastructure or development tools.

Be aware of any legal or regulatory considerations that may impact your ability to use a particular platform or deploy your DApp.