How does Ripple Work?

However, in contrast to other digital currencies, the Ripple protocol is completely currency agnostic and users are not required to convert local currency into Ripple’s native currency (XRP or “ripples”). Additionally, rather than attempt to circumvent traditional financial institutions, Ripple relies on financial institutions to function as gateways into and out of the Ripple network, and market makers to provide liquidity for FX conversion by posting bids/asks for each currency pair. Ripple routes each transaction to the trader(s) with the best price in the network.

The illustrative example points to several potential advantages of using the Ripple Protocol for interbank transfers.

Key Features of the Protocol

Below are key features of Ripple protocol, which further highlight how it differs from other interbank transfer systems and digital currency protocols:

The Ripple network is a shared public ledger administered collectively by a network of servers. This ledger tracks the accounts and balances of Ripple users. Within the Ripple Network, all transactions are authorized and settled through a process called consensus. This process entails a supermajority of Ripple servers mutually agreeing that a transaction within the network is valid before updating the ledger.

Consensus must be reached among a supermajority of connected computers in order to make changes to the ledger. This is what is known as an atomic process – either a transaction is completely verified, or not.

This process is what enables the Ripple Network to offer users real-time settlement (typically between 3 to 6 seconds) and bypass the need of a central operator, which as explained above, circumvents layers of fees that financial institutions, business and/or consumer bear for traditional payments. In other words, the process of consensus is what enables fast, secure and decentralized settlement on the Ripple network. This distinguishes Ripple from other digital currency protocols, such as Bitcoin, which rely on a process called proof of work (i.e. mining) to validate transactions on the block chain. Unlike Bitcoin, Ripple does not rely on mining to reach consensus, so it does not consume the large amounts of energy that Bitcoin does, nor is the network’s security related to the amount of processing power devoted to it.

The Ripple protocol also has a native currency called XRP (sometimes pronounced “ripples”) that exists within the network. This is similar to other digital currency protocols, which enable the creation and distribution of a native digital currency. Like other currencies, XRP is known as a crypto currency, or a currency that is verifiable using mathematical properties. These crypto currencies are digital assets, which can be transferred within the network.

Unlike other digital currency protocols, however, Ripple provides users complete currency choice and does not require users to transact in XRP. Instead, XRP is there to provide two key functions: to prevent abuse of the system and to act as a bridge currency for market makers providing liquidity within the network (more on both of these features below). Thus, users can hold balances in one currency and transact in another currency without converting to XRPs in the process.

Cross currency payments have historically been an area with very healthy margins. The FX component of an international wire transfer can frequently bear a 2% – 4% fee to exchange even the most liquid G10 currencies. Retail remittance pricing is even higher, often at a 5% -10% spread to institutional foreign exchange market pricing.

Ripple has the potential to meaningfully bring down these costs by making payment FX rates competitive on a per transaction basis.

The Ripple network translates currencies by routing orders through market makers competing to earn bid/ask spread. These markets makers are important sources of liquidity within the network and are primarily financial institutions with a business in currency or securities market making (i.e. banks, hedge funds, quantitative trading shops). Market makers compete for business within the Ripple network, posting orders to buy and sell different currency pairs to facilitate payments.

The Ripple Protocol is designed to route every transaction to the cheapest price available in the market. Thus, the only way an order gets filled is if it is posting the best price for a specific currency pair at the particular time the transaction is executed. As a result, the protocol can lower one of the highest financial and operational costs for financial services companies moving funds across national boundaries.

In liquid currency crosses, the cheapest path will often be a direct “one hop” path through one market maker, for example directly from USD to EUR. However, the Ripple pathfinding feature will seek the cheapest path even if it is a more complex route through several intermediary currencies.

In the example below, the sender of a payment holds EUR, and the recipient wants to be paid in KRW. Since there may not be a tight market in EUR/KRW, the payment is routed through several order books to improve the price. Unlike in traditional markets, users are not exposed to legging risk. Ripple executes multi-hop paths as a single atomic transaction. The entire transaction either completes or it never happens – there is no way for a payment to get “stuck” en route. Since Ripple transactions are just updates to a distributed ledger, multiple legs can be executed at the same instant as they are all included in the same ledger update. There is no counterparty risk to intermediaries.

The Ripple protocol has a native currency called XRP (sometimes referred to as “ripples”), which performs several key functions within the network. XRP, like other digital currencies, is a math-based currency (also known as cryptocurrency), which is a digital asset with verifiable mathematical properties. As a digital asset, ownership of XRP can be directly transferred peer-to-peer.

Just like bitcoin exists natively on the blockchain, XRP exists natively on the Ripple network as a counterparty-free currency. Unlike the Bitcoin Protocol, however, Ripple users can opt not to use XRP as a medium of exchange. Instead, XRP performs two key functions within the network: protect the network from abuse and provide a bridge currency for market makers. More on these functions below.

Since the Ripple network is based around a shared ledger of accounts, a malicious attacker could create large amounts of “ledger spam” (i.e. fake accounts) and transaction spam (i.e. fake transactions) in an attempt to overload the network. This is commonly known as a denial-of-service (DoS) attack. In a DoS attack, perpetrators attempt to overwhelm a server with so many communication requests that the server is unable to respond to legitimate requests.

XRP’s primary function is to provide a layer of security within the network to protect against these types of attacks.

To protect the network from abusive creation of excess ledger entries, each Ripple account is required to have a small reserve of XRP to create ledger entries. This reserve requirement is 20 XRP (or about $0.12 at the time of writing). This requirement is intended to be a negligible amount for normal users while preventing a potential attacker from amassing a large number of fraudulent accounts to “spam” the network.

As a second line of defense, with each transaction that is processed, 0.00001 XRP is destroyed (roughly $0.000000055 at the time of writing). This is not a fee that is collected by anyone – the XRP is destroyed and ceases to exist. This transaction fee is also designed to be negligible for users. But when the network is under heavy load, such as when it is attacked, this fee rapidly rises.

The goal of this design is to quickly bankrupt attackers and keep the network functioning smoothly. Attacking the Ripple network can get very expensive, very quickly, but for regular users, the cost effectively remains “free.” In this context, XRP can be thought of as a postage stamp for transactions. If the price of XRP were to appreciate significantly to the point where sending transactions becomes a nonnegligible cost for normal users, there is a mechanism in place to lower (or raise) transaction fees by a supermajority vote of server operators.

Currency for Liquidity XRP can also serve as an ideal bridge for illiquid currency pairs. In theory, users of the Ripple Network could exchange anything of value. This could include fiat currencies, digital currencies, gold and even items like loyalty points, airline miles, or securities.

On a protocol level, Ripple makes a distinction between both the balance type (USD, EUR, XAU) and the issuing counterparty (Bank A, Bank B, etc.). This is important because USD balances issued by two different banks are technically liabilities of different institutions and have different counterparty risk profiles. From the perspective of the protocol, they are different financial instruments. As the number of assets and the number of counterparties in the network grows, the number of currency pairs can quickly become unmanageable for a market maker.

Instead of quoting every possible currency/gateway combination, XRP can serve as a useful bridging tool for market makers. If every currency is liquid to XRP, it is also liquid to other currencies.

Thus, while Ripple users have complete currency choice – meaning they can hold balances in one currency (such as USD) but transact in any other (such as JPY) – the market makers facilitating those transactions may see holding XRP as an ideal bridge currency.

The role of a “bridge currency” or “vehicle currency” is traditionally played by USD in financial markets. Within the Ripple network, there is a functional reason to prefer XRP. Because XRP is a natively digital asset (as opposed to a balance/liability), it is the only instrument within Ripple that has no counterparty risk, so it can be universally exchanged between market makers with no friction. Also, because it has no counterparty, XRP never has third party fees attached to it.

Ripple Labs believes that an increase in the number of counterparties and asset types in the network adds to the utility of XRP and creates demand for XRP in the long run. 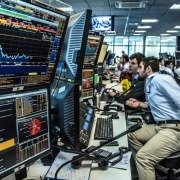 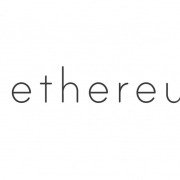 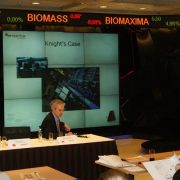 HFT – the good, the bad and the ugly 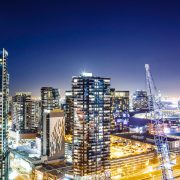 CEO of Empirica, was among keynote speakers at the CFA Investment Summit

ICOs Vs IPOs
Scroll to top Request a demo